The Grand National is a horse race that takes place over 30 fences with a distance of 2 1/2 furlongs (approximately 4 miles, 6.9km). It was first run in 1839 and is held annually at Aintree Racecourse in Liverpool in the west of England.

It is a very popular event in Britain and is even watched by people who don’t typically watch or bet on horse-racing. It is aired on free-to-view TV, originally on the BBC, but more recently has been shown by Channel 4 and ITV as well as the radio. An estimated £250 million is bet on this race alone.

The circuit is made up of 16 fences that are larger than conventional tracks and famous in their own right, such as Becher’s Brook, Canal Turn and The Chair, the latter being infamous at 5 feet 3 inches tall with a 6 foot ditch on the take-off side. The competitors complete the circuit twice. 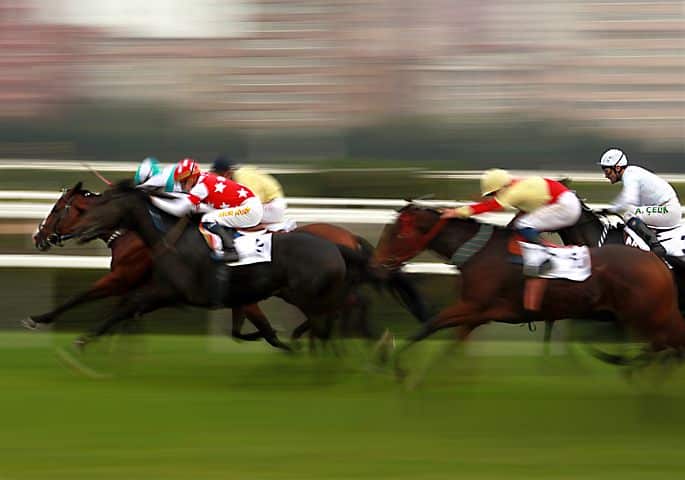