Boxing Day, known more officially as St Stephen’s Day, is 26th December in the UK. It’s one of the few bank holidays in the UK so most people have a nice extended Christmas break.

Boxing Day was originally when boxed gifts or money were given to the trades people (servants, housemaids and butlers) to thank them for their service over the past year.  These boxes may include gifts or leftovers from the Christmas meal the day before.

However, some suggest that the name actually comes from a more religious aspect – donations being collected from the alms boxes at church to be presented to the poor.

In 2021, Boxing Day is associated with sales in the shops or bargains online. It’s a British version of Black Friday, where all Christmas stock needs to be sold.

Large sporting events, such as football and horse racing also take place but, most of all, it seems to be that day for “left-overs”, which may come in the form of turkey curry, sandwiches or pies, shared with the family with a continuation of the festivities with a more relaxed approach. 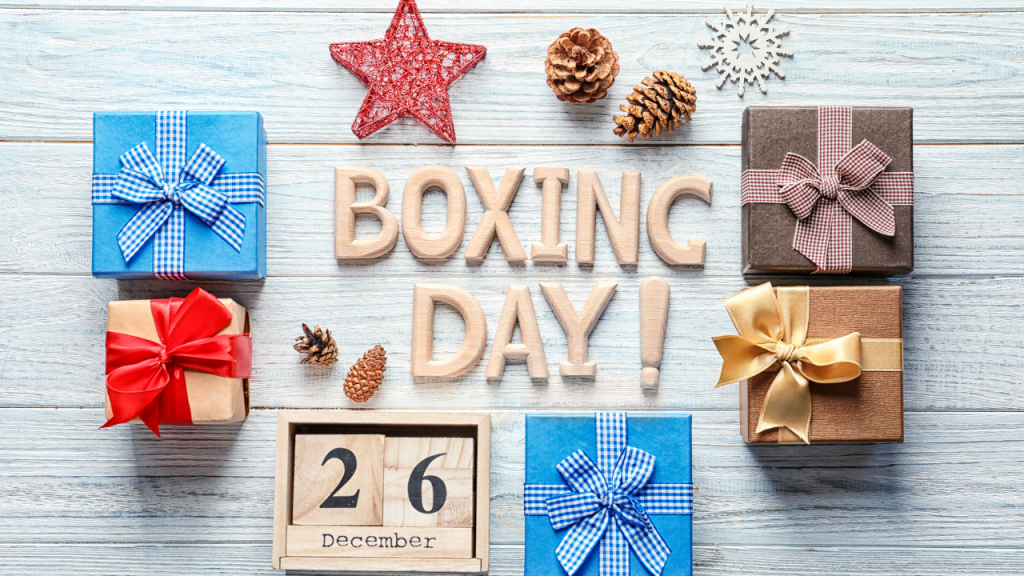