Christmas is fast approaching and we’re all in the Christmas spirit. Each country celebrates Christmas in their own way with their own traditions and I’d like to share some of the customs for the festive season in the UK.

To get into the Christmas spirit we often get together to visit the theatre in December and January to watch a pantomime. The British have been enjoying these since they were introduced in 1717 by the theatre manager and actor John Rich. A pantomime is a musical comedy, often with famous people heading the show and it’s for all the family. 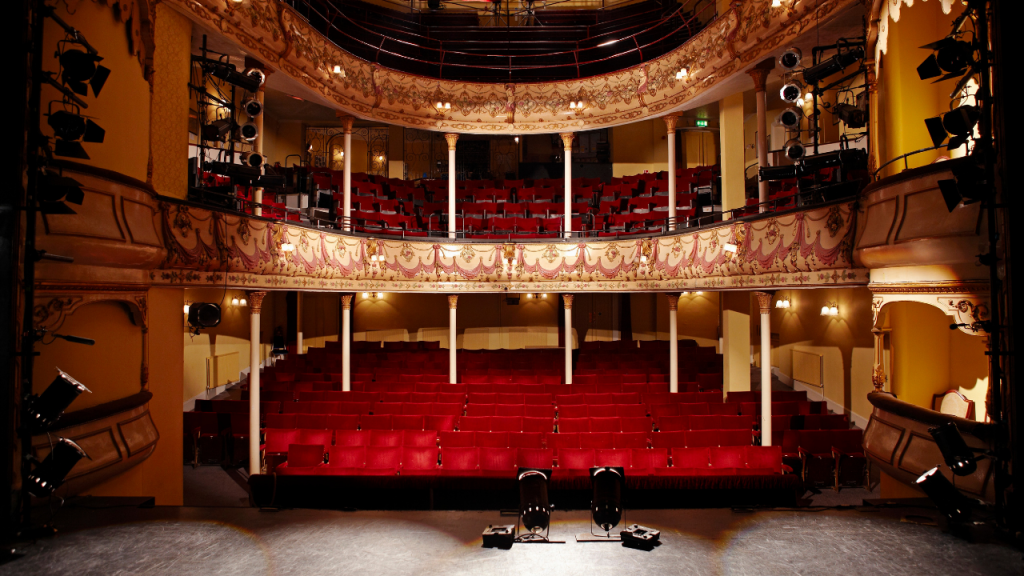 The storyline usually follows traditional fairy tales such as Jack and the Beanstalk, Beauty and the Beast, Cinderella, Dick Whittington and his Cat and Snow White and the Seven Dwarfs.  There is a lot of sarcasm and innuendos from the exaggerated characters as well as lots of audience participation.  The actors deliver their lines with the expectation of the audience replying, for example, the theatre goers “booooooo or hissssss!” when the villain enters the stage or one of the actors asks the public where another actor is and we reply “she’s/he’s behind you”. Probably, the most iconic audience participation is when the audience replies “oh no you’re not” after being prompted by a character’s question! 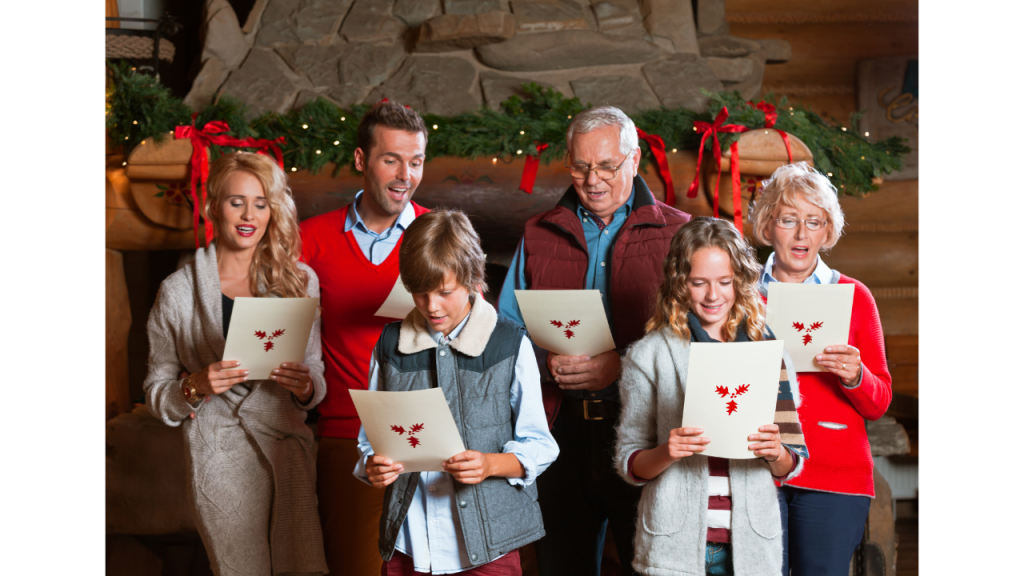 Another traditional group activity is singing carols.  These are festive Christian songs focusing on the birth of Jesus and are sung on people’s doorsteps in villages and towns in return for charitable donations.  You don’t have to be particularly religious in order to spread this festive cheer but it is recommended that you dress up warmly on these winter nights.  If you are really lucky you may be treated to mulled wine and a mince pie by the onlookers. 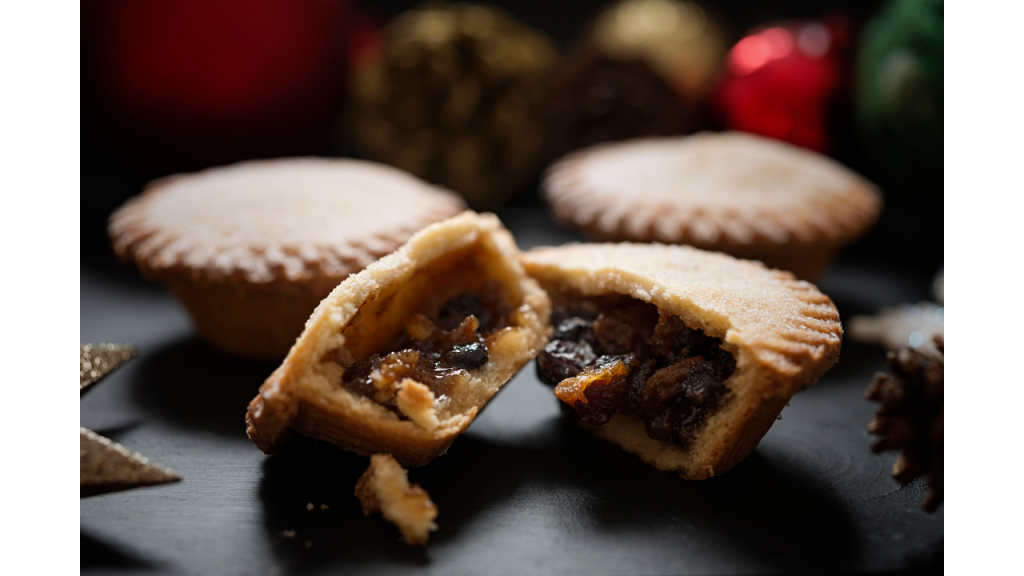 Also a famous Christmas tradition is the mince pie. Originally, in the 13th century, mince pies contained meat and suet and were an oblong shape to represent Jesus’ manger.  However, from the Victorian times they became round pastry cases filled with dried fruits such as raisins, currants and mixed peel brought together with suet, brandy and spices but this is usually bought ready made up in jars. They are often accompanied by a glass of mulled wine or a cup of tea and eaten cold or warm.

Christmas Day is celebrated on 25th December in the UK. Traditionally, families decorate a tree, artificial or real, and place presents beneath it which are opened on Christmas day. We sit down for lunch usually slightly later than normal, often to accommodate watching the Queen’s speech at 3pm. 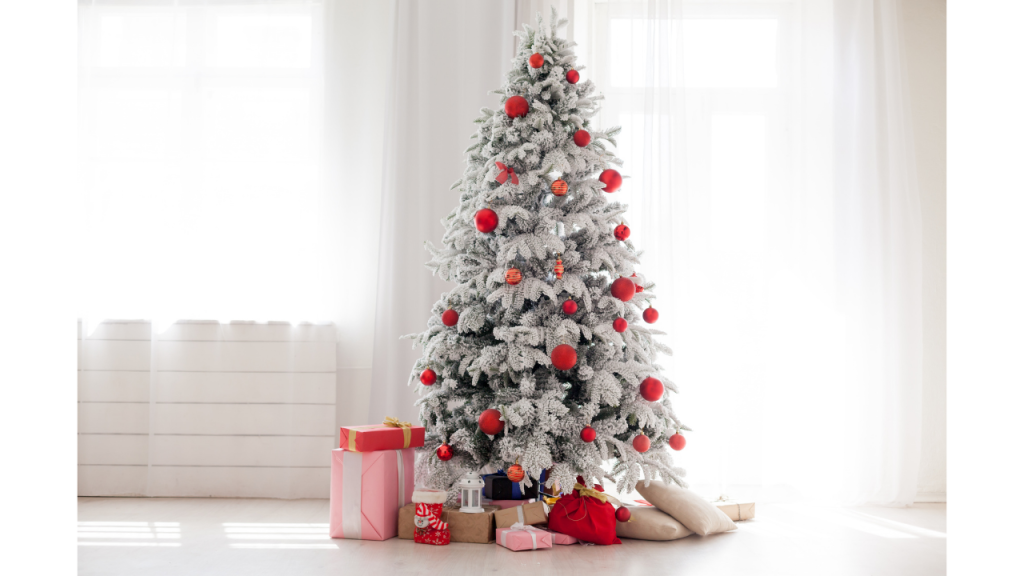 Each setting at the table will have a cracker as decoration and is pulled by two people creating a loud cracking sound. Once torn apart, a small toy, game or ornament falls out accompanied by a paper hat and a piece of paper containing a joke, a fact and sometimes a charade to act out.

Food is in abundance at Christmas and we typically tuck into roast turkey (nut roast is the vegetarian option) with all the trimmings such as roast potatoes, sprouts, stuffing and pigs in blankets all coated in gravy. This is followed by Christmas pudding, which is set alight with a few spoons of brandy or rum poured over it, and served with brandy butter, rum sauce or custard.  If you still have space for more, a mince pie or cheese and biscuits could be just the thing!

At 3pm the Queen delivers her speech to the UK which she has done ever since she became Queen in 1952, originally via radio but now watched on TV.  It lasts about 10 minutes and reflects on generally positive elements from the past year as well as unforeseen challenges such as the pandemic in recent months.

The rest of the day may be filled with family games such as charades, watching Christmas sitcoms and films or a gentle stroll to walk off your lunch if the weather permits. 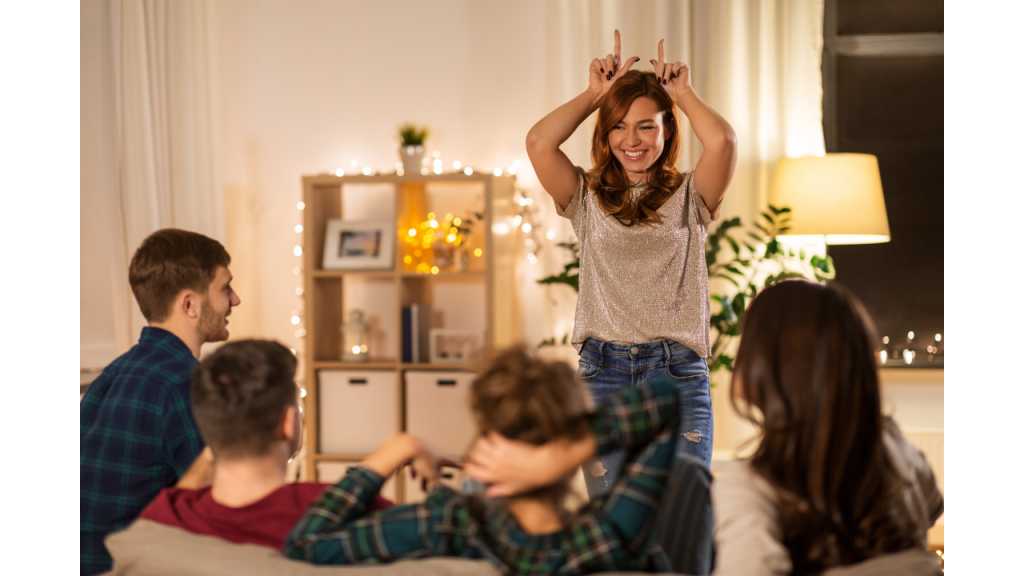 Which Christmas traditions exist in your country? Let us know in the comments below. 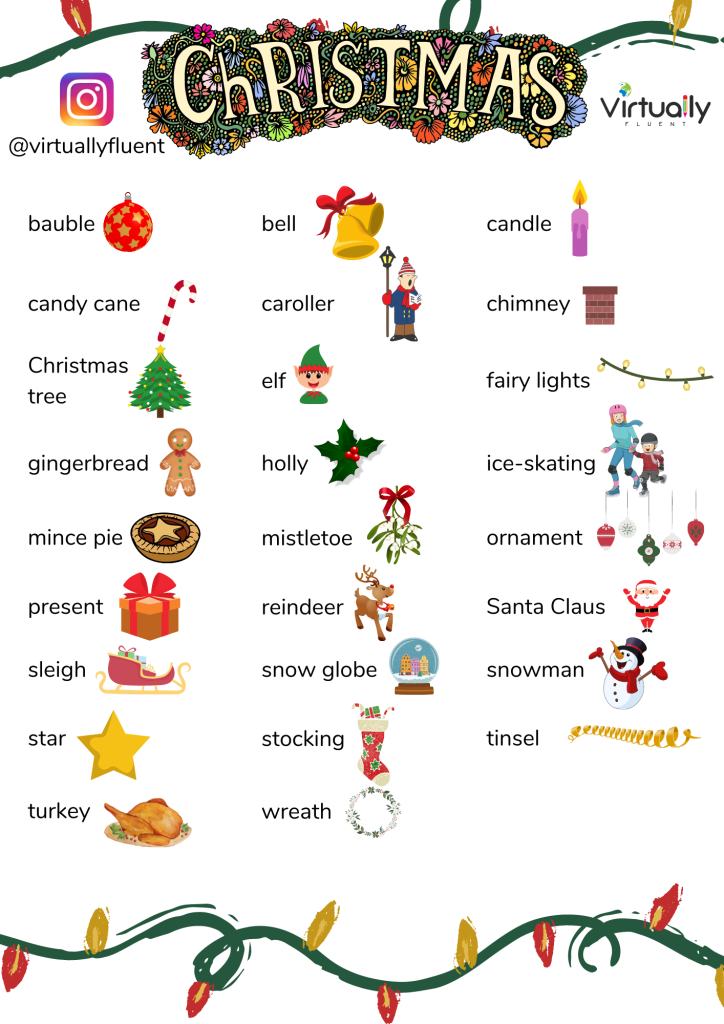