One of the most beautiful places to visit in the UK that is off the beaten track is Lindisfarne Castle and Holy Island. It has beautiful views of the North Sea and is steeped in religious history. Grace Whitcombe, a good friend of mine, is visitor welcome assistant at Lindisfarne and has put together some interesting information about this attraction.

Lindisfarne Castle is a National Trust property that is situated on the Holy Island of Lindisfarne, just off the coast of Northumberland in North East England. The whole island has a very interesting history. It is known as ‘Holy Island’ because in 635 AD an Irish monk, Aidan, established a monastery there. Aidan had come from Ireland to the Scottish island of Iona, where there is still a famous abbey, and he was then summoned by Oswald, the King of Northumbria, to become the bishop of his kingdom. Today the United Kingdom (England, Scotland, Wales and Northern Ireland) is one group of neighbouring countries, but after the Roman Empire collapsed in the 400s AD, Britain was split up into many small kingdoms.

In about 670 AD, another monk called Cuthbert came to live at the monastery. He changed the way that the monks, and people in the local area, thought about Christianity in such a strong way that we now recognise him as a Saint. Sadly, the original monastery was attacked by Vikings and did not survive but a new Priory was built in about 1120 and, though it is ruined, it still stands in 2020, that’s 900 years! Many Christians complete the 62-mile-long walk from Melrose in the Scottish Borders to Holy Island every year, known as St. Cuthbert’s Way.

This involves crossing the Holy Island Causeway, which is a road that runs from the mainland to the island, and, due to the tides, it is completely covered by water twice a day. People have to be very careful when travelling there in case they get stuck in the sea!

During his life, St, Cuthbert also spent time living as a hermit (by himself) on the Farne Islands where there is lots of exciting and rare wildlife, including Puffins, Arctic Terns and Grey Seals. 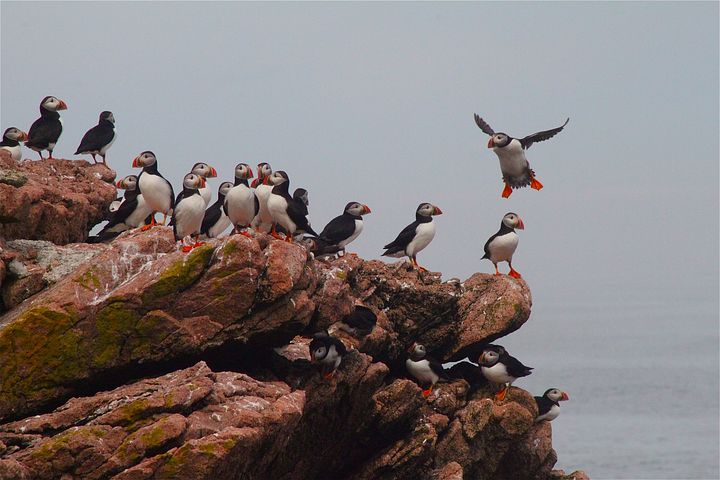 There is one other famous, historical building on Holy Island and that is Lindisfarne Castle. ‘A castle that is not a castle, on an island that is not an island’; this is our motto. Since the island is only cut off when the causeway is covered, Lindisfarne is only a part-time island and, though Northumberland does have many castles, this is not one of them I’m afraid. Lindisfarne Castle was built in about 1570 by Queen Elizabeth I, the daughter of Henry VIII, however it was actually used as a military fort to protect the Northumberland Coast from Scottish invasion. Scotland and England now have a fairly good relationship, but they haven’t always been great friends, in fact, Jacobite soldiers did capture the fort in 1715, though only for one night. The fort was in operation until 1892 when it was decommissioned, then in 1901 a man called Edward Hudson discovered the abandoned building and liked it so much that he bought it and turned it into his summer holiday home. Hudson decided that, to impress his visitors, the fort should be made to look more like a traditional castle, and he hired a well-known architect, Edwin Lutyens, to help him. They built lots of fancy furniture, added fireplaces, pretty bedrooms and even a portcullis, a metal grate that protected the entrance, because, of course, every castle must have one! Nobody lives in the castle anymore, but people often say that it would make a lovely home. 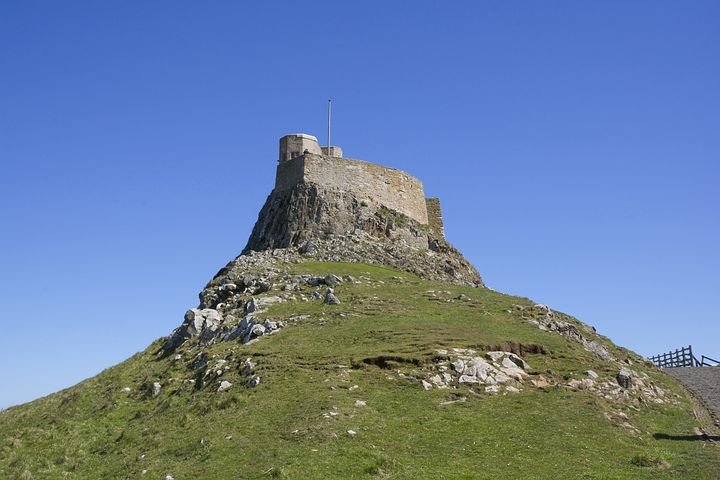 Both Lindisfarne Castle and Lindisfarne Priory are protected by the National Trust and English Heritage so that people can enjoy learning about their wonderful history for many years to come. 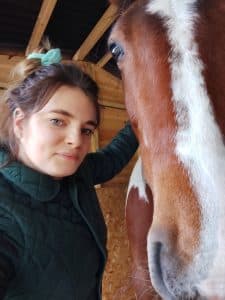