Brexit is probably the most common word that’s been associated with the UK recently, but there are many other things that our nation has to offer. Let’s start at the very beginning…

As many of you probably know, we’re a small island located in Europe and our capital city is London. I say small island, we’re actually the eighth largest island in the world– 300 miles (500km) at the widest point across and 600 miles (1,000km) at the longest point. So no matter where you are in the UK, you will always be at least 75 miles (120km) away from the sea”.

It’s great being so close to the sea, but it doesn’t really matter when we have an average temperature of 11ºC, a little too cold for sunbathing on the beach!

When I ask people what they know about the UK, the first thing I normally hear is “it rains a lot”, which I hate to admit might be true. Summer does exist though! April to June are generally beautiful months with dry weather, so if you get the chance to visit the UK, definitely choose this time of the year! 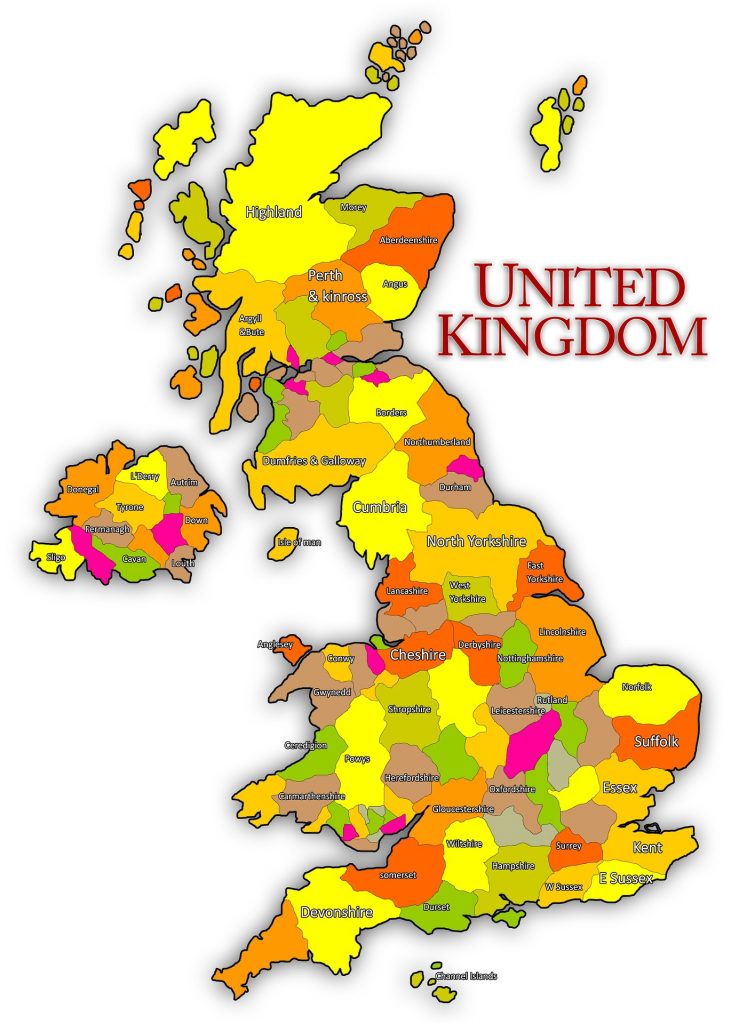 The UK population is an ever-growing one with around 67.8 million people, at the time of writing. 8 million people alone are located in London. The life expectancy is slightly higher than the world average at 81.77 years and there is a difference between men (80.2 years old) and women (83.3 years old). If you make it to 100 years old, you receive a personalised birthday card from the Queen!

Let’s round off this blog with a few fun facts about the country. Hover over the images below to read the fact.

Only 51.9% of the British population voted in favour of leaving the EU in the 2016 referendum

The first billionaire author is British- Joanne Kathleen Rowling (aka J.K. Rowling), who is famous for her series of Harry Potter

When we say numbers between 21 and 99, there are two parts.

The first number is 8, which is represented by eighty. The second number is 3,  which is three → eighty-three

The first number is 2, which is represented by twenty. The second number is 4, which is four → twenty-four

Something that’s really important to remember is when we write these numbers as words, we must put a hyphen in between them. We cannot write eighty three, it should be eighty-three.

Try these numbers below, which are taken from this blog. Write the correct answers in the comments below.

To learn how to say any number in the English language, take our free cardinal numbers course.