The UK has produced many iconic music groups from the Beatles in the 1960’s to Little Mix today. They cover many genres such as rock, jazz, punk, new wave, indie and Britpop to name a few. 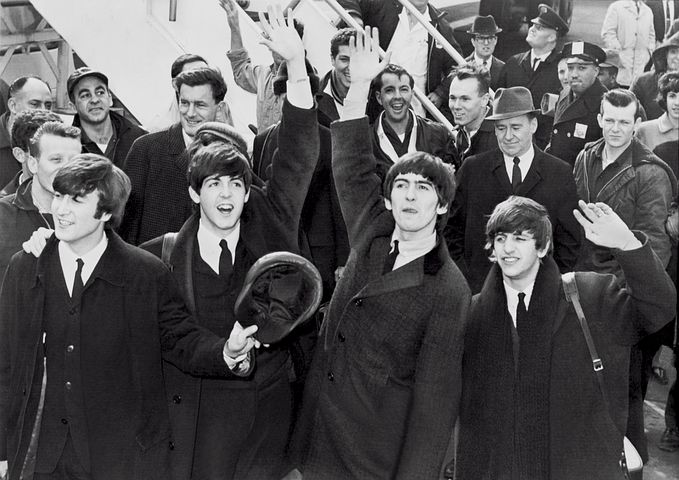 John Lennon, Paul McCartney, George Harrison and Ringo Star are by far the most influential and famous band the UK has produced with estimated sales of over 600 million units worldwide.  They all came from the city of Liverpool in the north of England. Their first successful hit was “Love Me Do“.  “The Fab Four”, as they were nicknamed, created a phenomenon dubbed “Beatlemania” due to their intensely growing popularity amongst fans. Their hits include “Yesterday“, “Hey Jude“, “Let It Be“, “A Hard Day’s Night” and “She Loves You“.  They had 20 number 1 hits and spent many months in the charts but they broke up in 1970. John Lennon was shot and killed in 1980 and George Harrison died of lung cancer in 2001 but their music still lives on today. 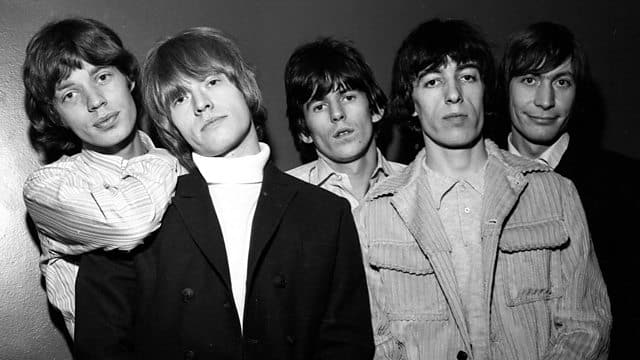 Mick Jagger, Brian Jones, Keith Richards, Bill Wyman, Ian Stewart and Charlie Watts came together in 1962 in London and Ronnie Wood joined in 1975. They were known as the “bad boys” of rock, living the rock-star lifestyle abusing a lot of drugs. A few weeks after leaving the band in 1969, Brian Jones was found dead in a swimming pool. “Satisfaction” is one of their most well known songs and others include “Gimme Shelter“, “Sympathy For the Devil“, and “Honky Tonk Women“.  Current surviving members of this band, Jagger, Richards and Wood, are still performing. 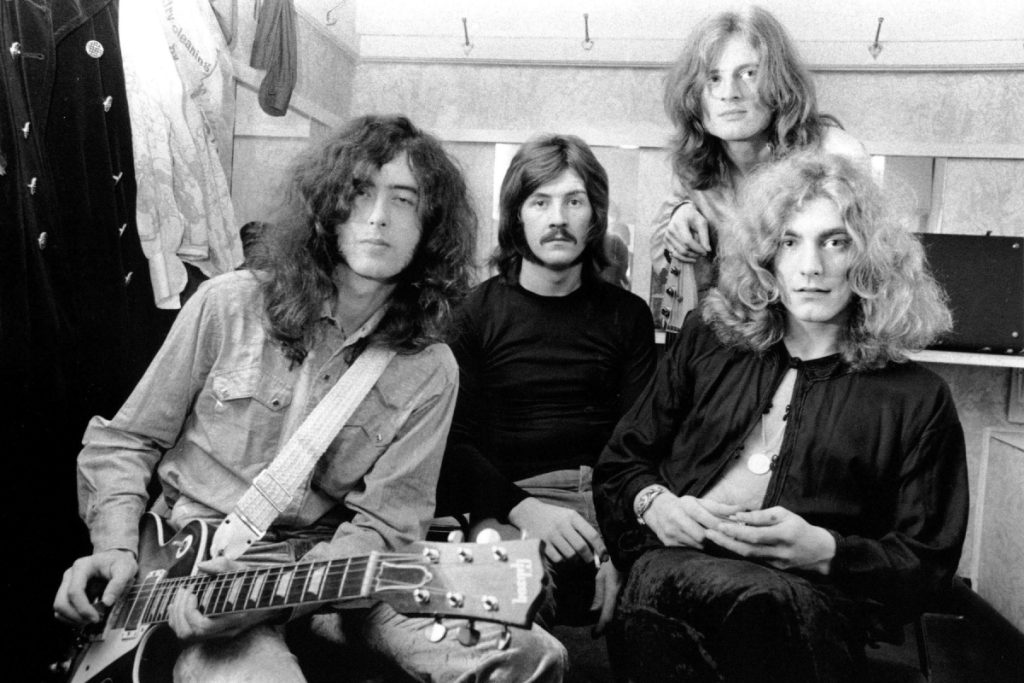 Robert Plant, Jimmy Page, John Paul Jones and John Bonham formed in 1968 in London producing hard rock and heavy metal sounds.  They achieved great commercial success with their eight albums over ten years, the first in 1969 being “Led Zeppelin” which topped album charts in several countries. “Stairway To Heaven“, “Whole Lotta Love” and “Kashmir” and amongst their best-selling songs.  After John Bonham’s death in 1980, the group split but have reformed for one-off performances such as Live Aid and a reunion concert in London in 2007 from which a live album was derived. 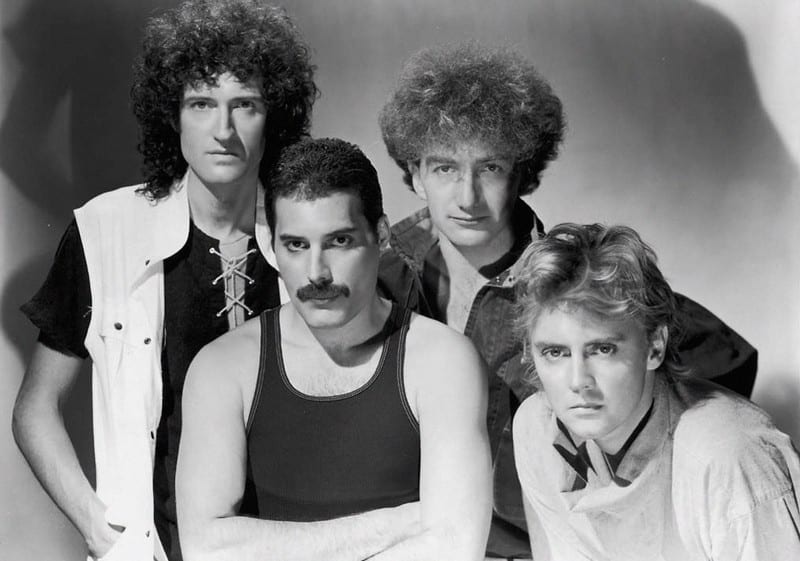 The classic line-up of Freddie Mercury, Brian May, Roger Taylor and John Deacon formed in London in 1970.  Queen hit the album charts with “Queen II” in 1974 and international fame came with their album “A Night At The Opera” in 1975 featuring “Bohemian Rhapsody” which remained at number one in the UK charts for 9 weeks and popularised the music video.  They have many well known songs.  Some are “We Will Rock You“, “We Are The Champions” and “Another One Bites The Dust“.  Queen have received a multitude of awards including a Brit award, an Ivor Novello Award and a Grammy. Freddie Mercury died from a complication of AIDS in 1991 and Deacon retired in 1997. 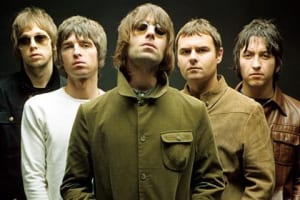 Initially the band consisted of Liam Gallagher, Paul Arthurs, Paul McGuigan and Tony McCarroll, forming in Manchester, Northern England, in 1991.Older brother, Noel Gallagher, joined a little later and the two brothers remained at the forefront of the band’s changing line-up. In 1994 they released their record-setting album “Definitely Maybe” followed by “(What’s The Story) Morning Glory“, the latter became the best-selling album of all time and remains in fifth place today.  The brothers’ disputes and lifestyles featured heavily in the media, most famously, their rivalry with Blur. Oasis have received a number of awards and in celebration of their 25th anniversary of two record-breaking concerts, they released archival footage in cinemas in September 2021.

The British music scene is thriving and has one of the world’s largest music industries and continues to influence modern music all over the world. Other great bands include Stone Roses, The Who, The Jam, Pink Floyd, Arctic Monkeys, Spice Girls and TakeThat.

Television programs where the public vote for artists and bands have become increasingly popular and promoted bands like JLS, Little Mix and One Direction, who all became very successful.