St Andrew, also known as Andrew the Apostle, is the patron saint of Scotland and is celebrated on 30th November annually. Ever since 2006, it has been an optional bank holiday in Scotland, which means it could be a day off work or school. Having said that, it’s not celebrated in the other UK countries.

According to Christianity, Saint Andrew, brother of Saint Peter, was originally a fisherman from Galilee who went on to become one of Jesus Christ’s 12 disciples. The story behind his becoming the patron saint is very uncertain.

Legend says that in the 9th century, King Angus mac Fergus of Scotland saw the saltire of St Andrew appear in the sky before battle against the English at the Battle of Athelstaneford. King Angus swore that if Saint Andrew brought him victory that day he’d make him the patron saint of Scotland, which is exactly how the story goes.

This saltire can be seen in Scotland’s national flag to this day. Scottish flags on all government buildings across the nation fly high on 30th November, controversially replacing the Union flag in some cases.

Outside of a pandemic, St Andrew’s Day is celebrated right across the country, although the town of St Andrew, located in Fife, continues their celebrations all week long. Typical activities include ceilidhs, parties, performances and pipe bands, sampling traditional Scottish cuisine like Cullen skink, haggis, neeps and tatties and Cranachan, sampling the local Scotch whisky and wearing traditional Scottish clothing, the infamous tartan kilt. 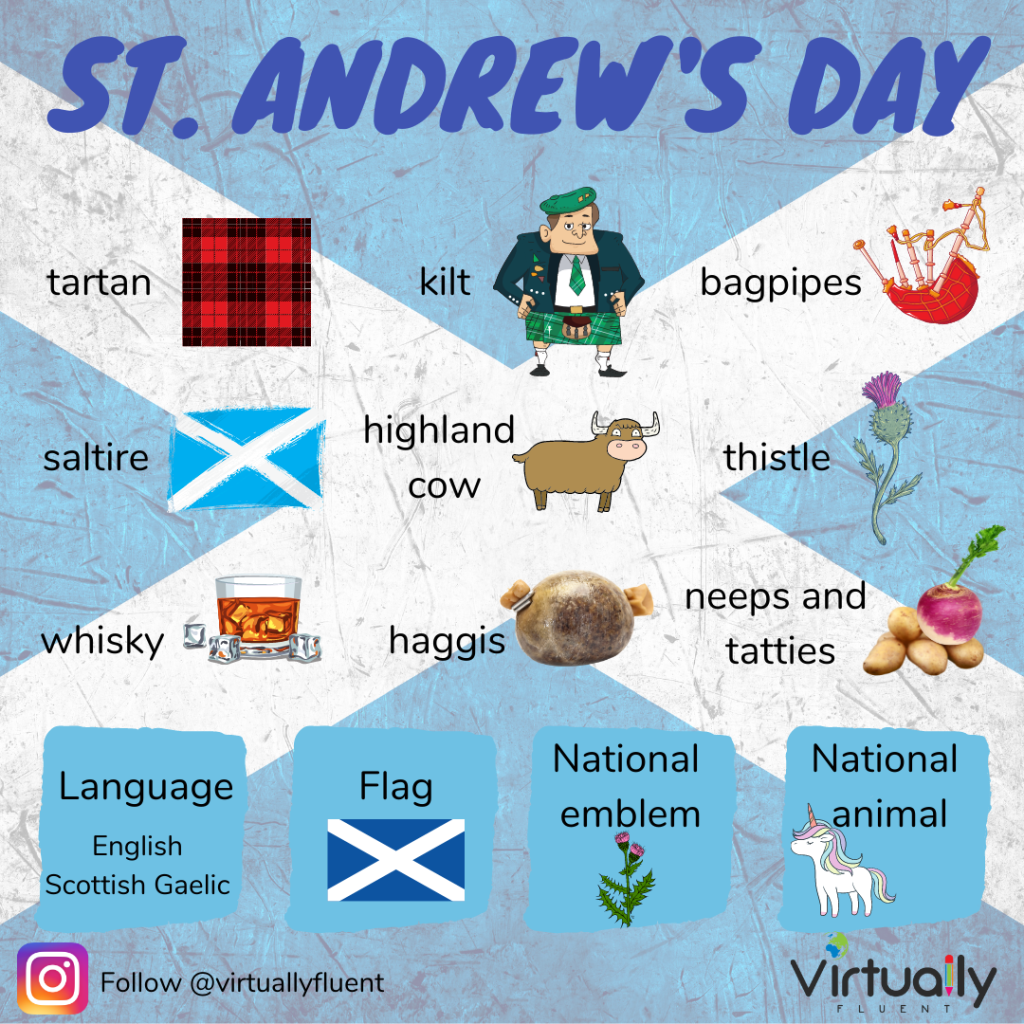