Having come to the throne in 1952 following the tragic death of her young father, George VI, Queen Elizabeth has dedicated almost her entire adult life to the British crown. She is now the longest-reigning monarch having been in service for 70 years. At the time of writing, she is 96 years old, with her birthday being 21st April.

Elizabeth II has always been surrounded by royal life. Alongside her sister, Princess Margaret, she acted as the perfect heir to the throne when her father was head of state. However, taking on the role of Queen may never have come true if it weren’t for her uncle’s abdication. Edward VIII was the natural heir to the throne in 1936. However, he chose to follow his heart and renounced the throne later that year. At the time, the head of state could not be involved in a marriage nor a relationship with a divorcee. Edward VIII fell head over heels for American Wallis Simpson and passed the throne on to his younger brother, George VI.

George VI took on the role of king proudly and, alongside his wife, Queen Elizabeth The Queen Mother, they brought the royal family into the modern era. At the time, Elizabeth and Margaret had already been born and were getting set up for royal life. She was privately educated at home and at the age of 16 started undertaking her first solo royal engagements. By the time the second world war arrived, she served in the Auxiliary Territorial Service, the women’s branch of the British Army. 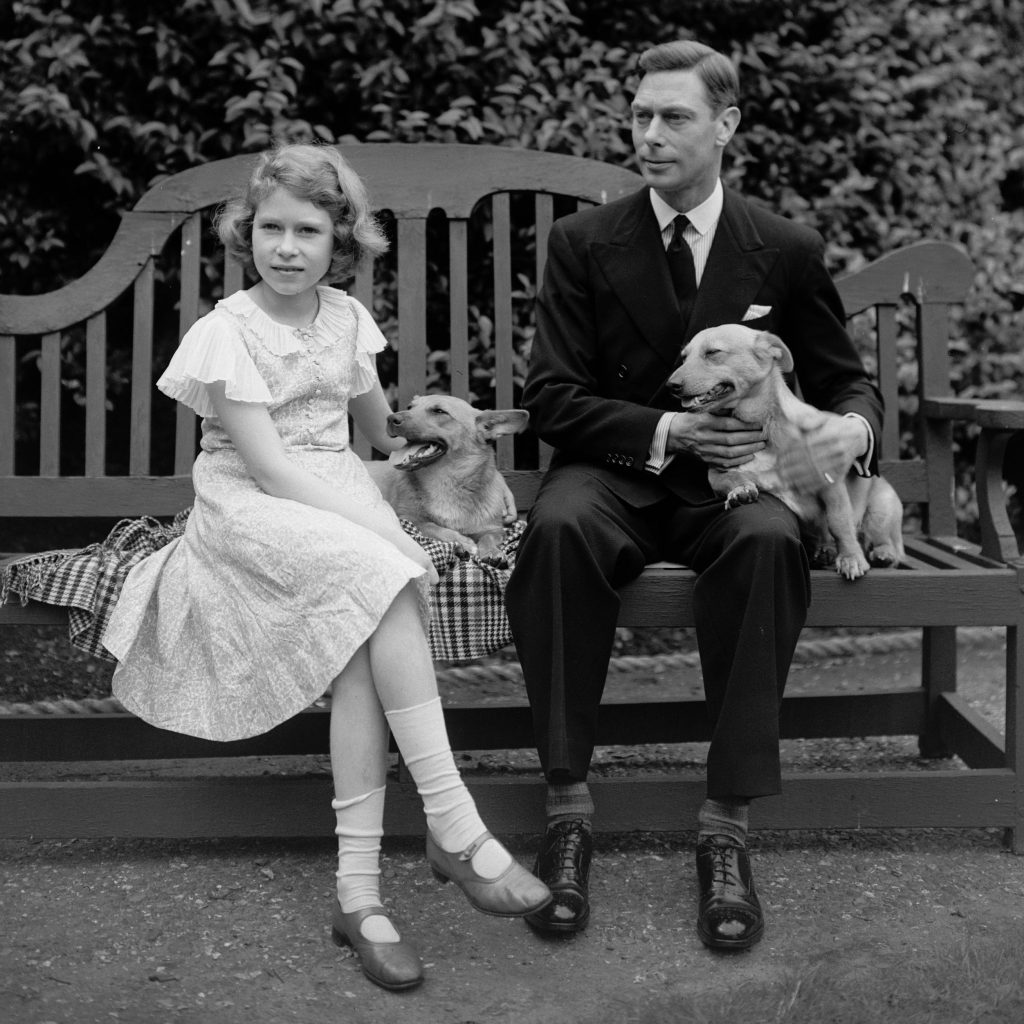 Elizabeth met her husband of 73 years, Phillip, at the rather young age of 13. After a few meetings at the age of 21, they decided to marry although this was met with much controversy within the royal household. Not only did Phillip have a German background and sisters had strong Nazi links, but he wasn’t deemed financially viable and would be required to renounce with Greek and Danish royal titles in order to be integrated into Anglicanism and the British royal family. Despite these difficulties, Princess Elizabeth pressed on and the wedding was a glorious ceremony. The Duke of Edinburgh and Princess Elizabeth married at Westminster Abbey in 1947 in front of a humongous crowd. 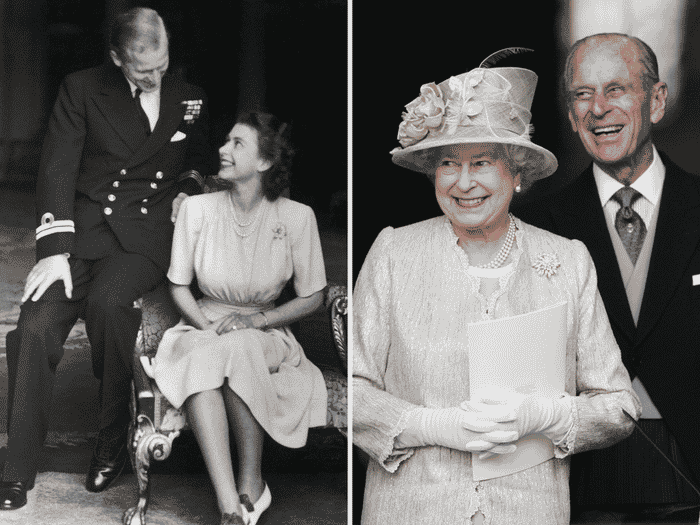 In November 1948, Elizabeth gave birth to her first child, Prince Charles and in 1950 to her only daughter, Princess Anne. Although Charles and Anne mostly remained in the UK for their upbringing, Elizabeth and Phillip travelled the world, playing the part required to represent the British monarchy.

George VI sadly passed away on 6th February 1952 while Elizabeth was travelling in Kenya with her husband. She immediately returned to the UK, now as sovereign, to undertake her duties. The grand coronation took place 2nd June 1953 in Westminster Abbey in London and was televised from the BBC, with 27 million (in a population of 36 million) tuning in to watch and an additional 11 million listening via the radio. 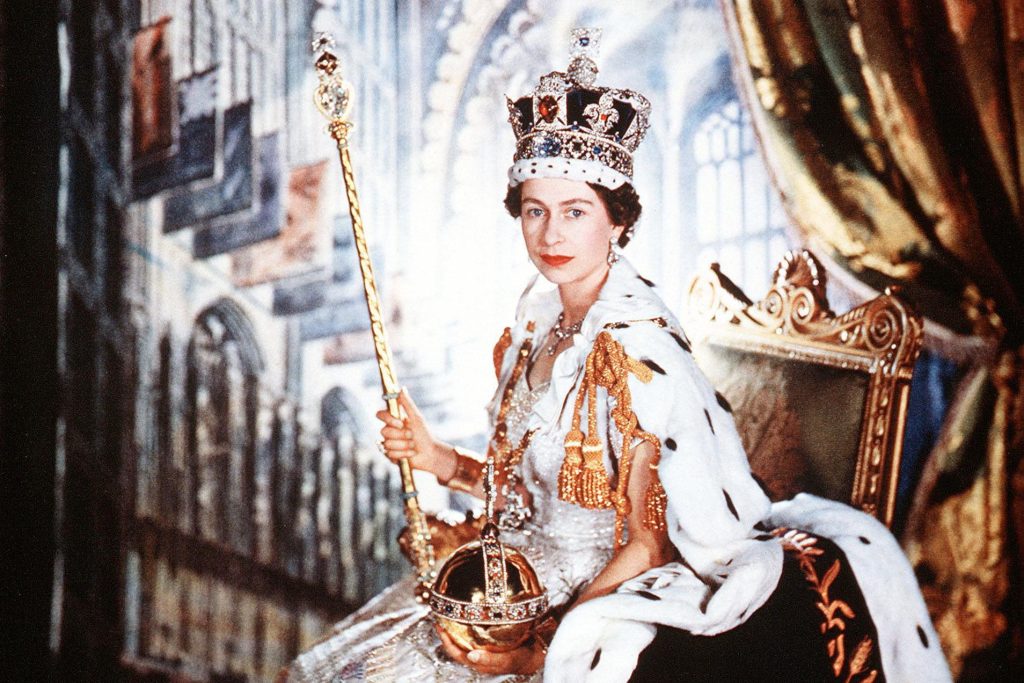 There’s nothing quite like British pomp and glory and the Queen’s coronation in 1953 was no exception. The Queen travelled alongside her husband in the Gold State Coach from Buckingham Palace to Westminster Abbey, which was packed with around 8,200 guests from 129 nations around the world. The procession itself had 250 people alone!

In 1960, Queen Elizabeth gave birth to Prince Andrew and a few years later in 1964, to her youngest son, Prince Edward. She has since lived through the numerous marriages, divorces and births of her children, grandchildren and great grandchildren yet still stands as the longest-reigning British monarch. 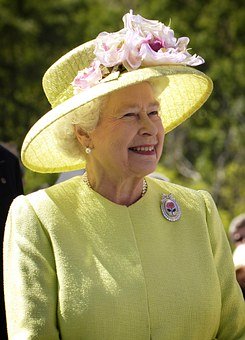 Ever since she stepped out of Westminster Abbey in 1953 as Queen of the UK and Commonwealth, Elizabeth II has dedicated her life to public service. Some of her most notable events include her Christmas Speech, made at 3pm on 25th December every year, the Trooping the Colour, which celebrates her unofficial summer birthday, and sending personal birthday cards and wedding anniversary cards to those who reach 100 and 60, respectively.