For the best experience, view this post in a browser.

In short, no. Although the language evolved in England and became the contemporary language we know today, English actually originates from what is now Denmark and Germany.

Let’s jump back to the fifth century when the Jutes, Angles and Saxons all invaded England. The Jutes settled in Kent (the Kentish tribe), the Saxons settled in the south west of England (West Saxon tribe) and the Angles took the rest of the country, including Scotland. This later split into the Mercian and the Northumbrian tribes. Each tribe kept their own land and with it, their own dialect. As you can see in the map below, the Angles dominated the land. Their language,  Engla in genetive form, helped create the name of our country – at the time Engla land. This represented a country of all three tribes living in harmony. 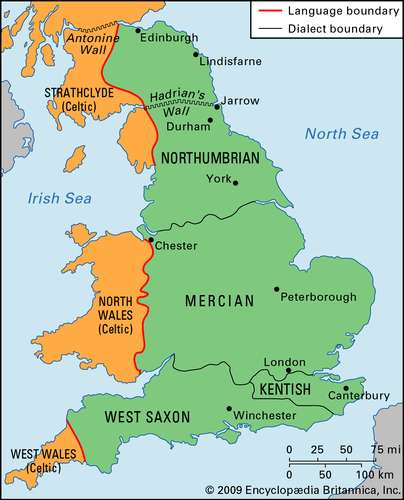 This all changed in 865 when the Vikings invaded England from Lindisfarne. They took over many cities from the Mercian and Northumbrian tribes and found their way to the West Saxon tribe. The king of the West Saxon tribe died during battle with the Vikings, leaving his younger brother,  King Alfred The Great, to become the new leader of the tribe. He called a truce with the Vikings, who then retreated back to Northumbria and Mercia. King Alfred ruled from the centre of West Saxon, Winchester and it was he who coined the language as “Englisc”.

Old standard English changed dramatically with the arrival of WIlliam the Conqueror in 1066. Power shifted from Winchester, West Sussex to London, Mercia split into East and West Midland and the Angles split into Northern and Lowland Scotland. With a Norman king, French and Latin started to heavily influence the language and the northern dialects picked up Scandinavian from the Vikings.

All of these influences created what we call Middle English. In 1362, the Statute of Pleading was enforced forcing Latin to be replaced in schools and courts with Middle English. 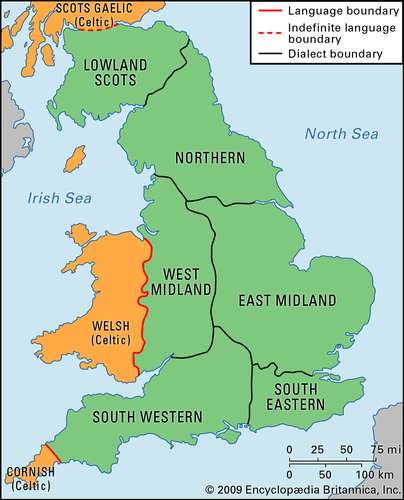 By 1400, London was the biggest city in England and speech was changing rapidly here. In fact, so much changed in pronunciation, it was even called “The Great Vowel Shift”. The Renaissance creeped into England bringing with it a renewed interest in Greek and a more liberal approach to the English language. By now, there were many different dialects and accents in England, the language was a mess. In 1662, a committee was set up to mirror the Académie Française with the French language. It worked to “improve the English language”, but failed. Then Jonathan Swift reattempted again in 1712, but when Queen Anne died in 1714, the Tories (including Swift) lost power and so this failed too. 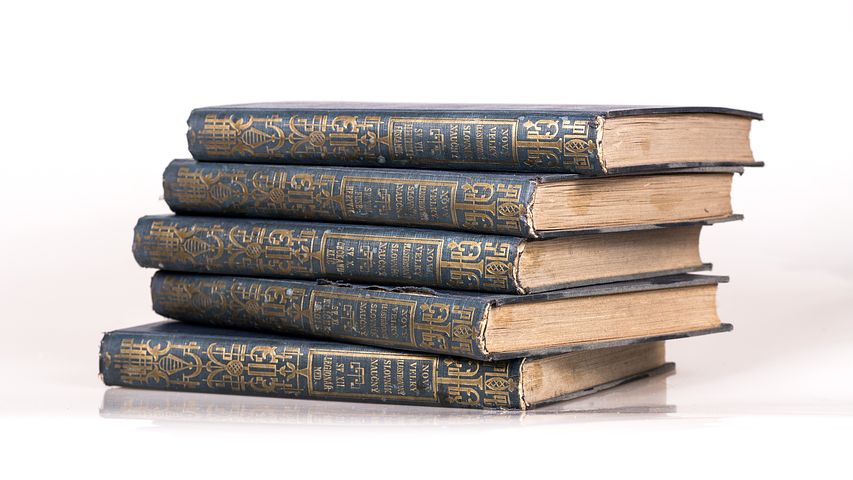 Grammarians took it upon themselves to contribute to the rules and guidance of the English language and released articles, journals and books about the correct use of English.

In 1755 the first dictionary was published by Samuel Johnson but by 1857, the Philological Society of London requested a new English dictionary to be written. They agreed to work with Oxford University Press and planned a 4-volume, 6,400-page collection that would be created over 10 years. The first part was published in 1884 but it wasn’t until 1928 that all volumes were published. The entire collection was called A New English Dictionary on Historical Principles. But by the time the collection was published, the editors started updating the dictionary and it was eventually reprinted under the name Oxford English Dictionary, which is commonly used as a guide to the English language today.

Our favourite online resource for listening to different British accents is from the British Library. Click on the link below to go to an interactive map. Select an area on the map, open the audio link and click play. You will hear short conversations or speeches by native speakers from each of these areas. Some videos also provide transcripts too.