Business English TV series can be a great way to absorb business and financial English in a fun way. Let’s take a look at our favourite business English series in the UK.

The Apprentice first aired in 2005 and sees a group of people competing in business-related challenges to be Lord Alan Sugar’s apprentice. Lord Sugar is a British business magnate who, in 1968, started the company Amstrad, a successful electronics company. He is also a politician, author, advisor and media personality.

In The Apprentice, Lord Sugar is assisted by two business associates who observe the candidates as they perform their tasks, usually in two teams, and report back with their findings in the boardroom. The tasks test skills such as salesmanship, negotiation and creativity with one candidate assigned as the project manager (PM) and if successful they are rewarded with a treat such as a spa day, cocktails or other feel-good experiences. The TV series has many humorous scenes such as the candidates dressing up in silly costumes whilst creating products or adverts. 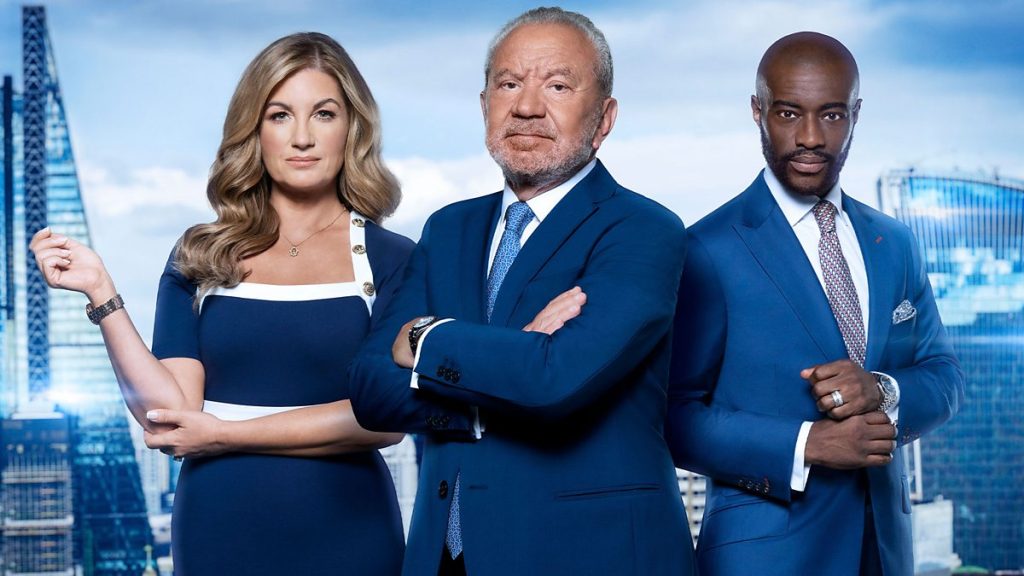 For the losing team, they must return to the boardroom with the observers and Lord Sugar to discuss where it all went wrong. The PM chooses two other contestants who they believe let their team down and are all grilled as they justify their actions to save themselves to continue through to the next week.  For the unfortunate applicant who fails, Lord Sugar points to them and announces “You’re Fired!”.

As the weeks progress contestants are eliminated and in the final episodes they are interviewed by professionals, put through their paces as leaders and their roles during the series are reviewed with the final remaining contestant being “Hired!”.

The Apprentice TV series has produced “spin-offs” such as “The Apprentice – You’re Fired” where the latest fired contestant is interviewed by guest panelists.  Comedy Relief Does The Apprentice and Sport Relief raise money for charity with celebrities taking on a simple format of the program and Young Apprentice for junior candidates was created but short lived.

Dragons Den invites rising entrepreneurs to pitch their ideas to five multi-millionaires who are happy to invest their own money and expertise to help kick-start or progress their ideas.  The contestants have a short time to explain their business and their requirements after which the multi-millionaires can question the entrepreneur about where the money would be used and how it will help them grow.  If the “Dragon” is not interested in investing, they declare “I’m Out!”.  Often, the business person leaves with nothing but some successful companies have come out of this, including Levi Roots with his Reggae Reggae sauce, Skinny Tan (a tanning product) and Razzamataz Theatre Schools. 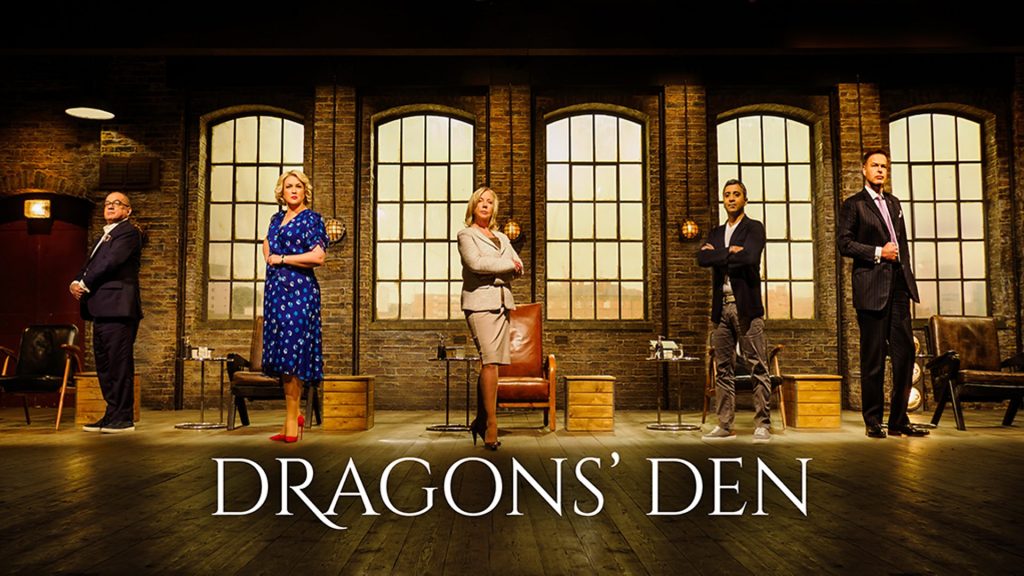 Some entrepreneurs left the Dragons Den with no investment but went on to be successful themselves.  These include Trunkki – a kids ride-on suitcase, Tangle Teezer – a hairbrush to undo knots and tangles in your hair and Cup-a-wine which was later picked up by Marks and Spencer.

Martin Lewis is an English financial journalist and also a broadcaster.  He founded the website “MoneySavingExpert.com” and became the executive chairman in 2012, when it was sold to “moneysupermarket.com” for £87 million. He has regular appearances on daytime TV shows and radio programs giving up-to-date information on money matters.  In 2012 he started to present his own show, The Martin Lewis Money Show. 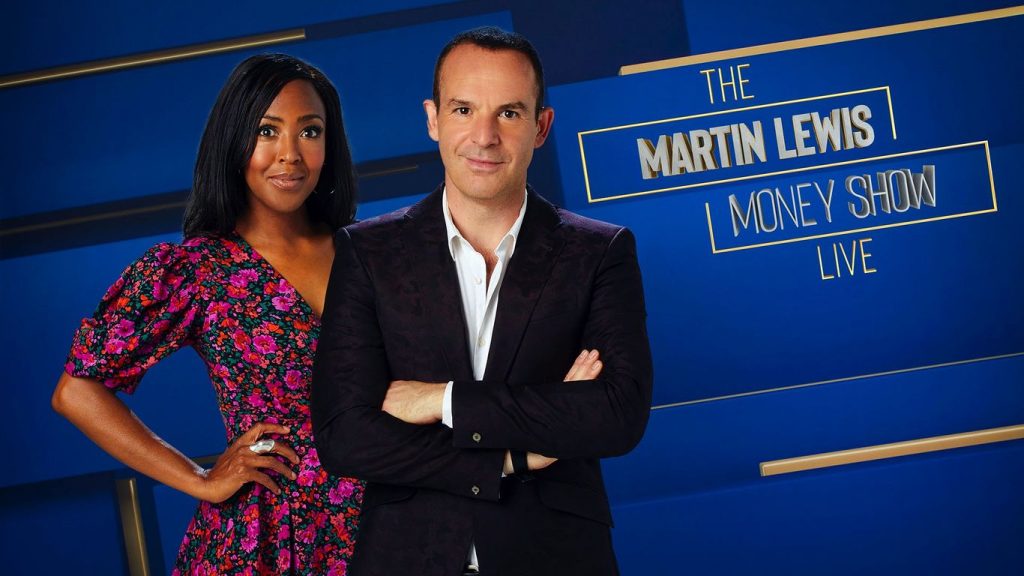 In his show, Lewis suggests ways household bills can be managed efficiently with the latest deals to look out for, how to deal with loans and repayments and the best savings accounts. He is often seen fighting for people’s rights, particularly those who have been mis-sold policies fraudulently.  He was awarded the OBE (Order of the British Empire) in 2014, recognising his services to consumer rights as well as many charitable causes, and the CBE (Commander of the Order of the British Empire) in 2022.